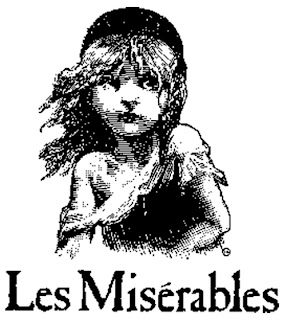 I finally read Hugo. To attempt some sort of original review would be superfluous. All I can say is a few thoughts that it stirred in me, which are related to the current context of my life. The same would be true, but different, for anyone else.

1. Everyone has a need out of which they act. To judge actions of people in society at first glance is to not UNDERSTAND, to not EMPATHIZE.

2. The conditions and absurdities of society separate us from others. Sometimes this is by chance, sometimes from misunderstandings. Often these separations cannot be repaired in the context of relationship, but just as often they can. Regardless, redemption is an internal process, and it is the interior work that is where we touch what others refer to as divinity (and what I refer to as the energy of love).


3. I have no use for the categorical imperative or "duty". Morality is not a universal concept, love is. In society, morality or duty trumps love. Therefore I reject that society as morality and duty are defined arbitrarily.  Love is the ultimate, and Javert's attempt at being irreproachable is quite often how society approaches religion. We destroy lives in the name of duty or morality. The actions of love, peace and social justice seek understanding, which is far more important and goes far deeper towards the depths of the soul than any attempt at having the most "morally upstanding society". 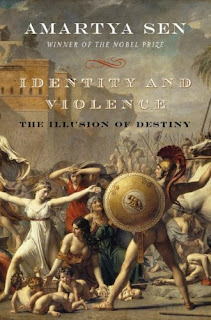 
Concluding Remarks
It is the position of this reviewer that the intellectual aspects of globalization are indeed beneficial to all of humanity if we take the time to properly learn from the rich history of our world.  The economic effects can be debated as economics delves into the profit motive and all the implications  - most of all greed and exploitation - that that paradigm implies.  The key in that respect is to figure out better ways of including the have-nots in the area of basic human needs.  That needs to be the primary concern in the humanitarian work and global economics of our time, and we are badly missing the mark. But having access to the rich cultural heritage of places never before accessible (through technology such as the internet) can only mean increased choices for humanity, and the ability to tap into greater collaboration and larger ideas through the integration of so many individual identities.  The possibilities of mutual respect and by extension the reduction of violence through familiarity with diverse identities is greatly increased.  However, all must have access and that, again, must be the first priority.
New forms of mobilization and democracy are also possible, and mutuality can further be increased by the expansion of dialogue through processes such as social networking and access to literature and the dominant ideas in different parts of the world.  All of this furthers understanding, and reduces violence by allowing our focus to expand in a pluralistic manner regarding identity as we learn more and more about those around us.  We can begin to see that those who share our planet do not have to be the other, but can be viewed as a different, yet beautiful expression of the common humanity that we all share.
References
Hoover, K., Marcia, J., & Parris, K. (1997). The power of identity: politics in a new key. Chatham, nj:    Chatham House Publishers, Inc.
Sen, A. (2006). Identity and violence: the illusion of destiny. New York: W.W. Norton & Company, Inc.
Posted by timradioboy at 6:48 PM 3 comments:

timradioboy
Through the melting together of opposites, we can realize the unity that is inherent in our minds and being. While not remaining neutral in the face of oppression, I strive for equality, love, justice, and knowledge. It's a process of questioning, not an accumulation of answers.